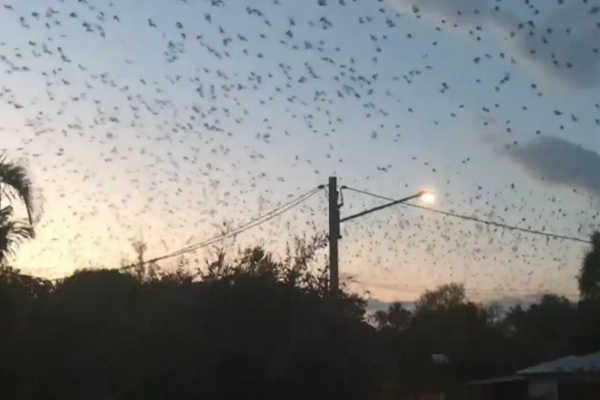 Hundreds and thousands of bats have invaded the Australian town of Ingham.

Four different species of bat have descended onto the small town.

Mayor of the local Council Raymon Jayo said that “It just seems to me that every bat in Australia is now in Ingham.”

“There’s four different species and because they all have young at different times, there’s hardly a window of opportunity when we can interact with these bats to try and move them on.”

Bats are protected by law so they are not allowed to be killed. Local authorities are trying to move them on.

The bats are so bad they have caused issues around town. Tourism in the area has taken a dramatic hit since the bats arrived and one primary school has so many fruit bats, many parents are refusing to send their children to school until they are gone.