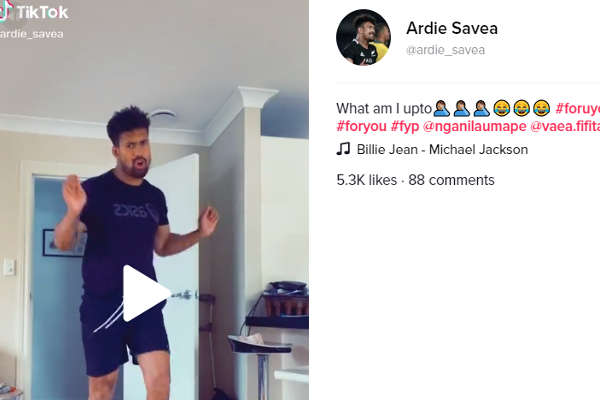 All Black rugby star Ardie Savea has been banned from Tik Tok by his doctor.

Ardie is recovering from a serious knee injury and is supposed to be resting.

At a recent visit to the doctor he was told if he wants to play Super Rugby – New Zealand’s rugby competition – he has to stop making clips for TikTok, in which he often dances.

Since being injured during a New Zealand All Blacks World Cup October 2019, Ardie hasn’t been able to play the sport.

He has had to rest his knee and stop his usual active life.

Savea has acknowledged that time away from the game has been frustrating. All the free time has led to him making videos of himself dancing for the popular video clip app!

I’m doing all these TikToks and people are saying ‘um aren’t you supposed to be injured?’

Ardie is expected to return to playing rugby later on in the season… as long as he follows his doctor’s orders!!