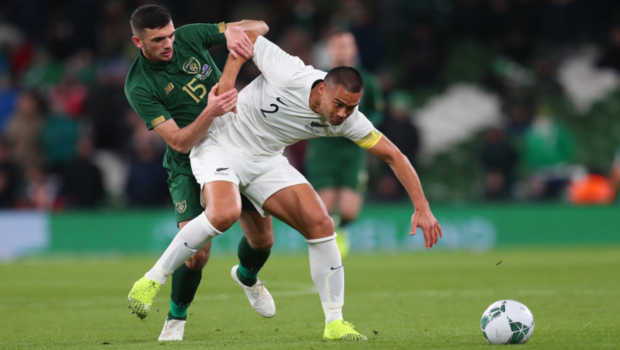 The All Whites played two games over the weekend, losing both of them.

In their latest game, they lost 1-0 to Lithuania. This follows a 3-1 loss to Ireland.

They were without English Premier League players Winston Reid and Chris Wood as well as Dutch top tier player Ryan Thomas for the second game.

Both games were the first for new coach Danny Hay.

Hay’s main focus has been on laying the foundations of a clear playing style and beginning to foster a strong team culture.

It was the first time in New Zealand’s footballing history that four players whose fathers were also All Whites had taken the field together – McGarry, Alex Rufer, Matt Ridenton and Andre de Jong following in the footsteps of Mike, Shane, Michael and Fred.

wow sorry all whites but no surprise there