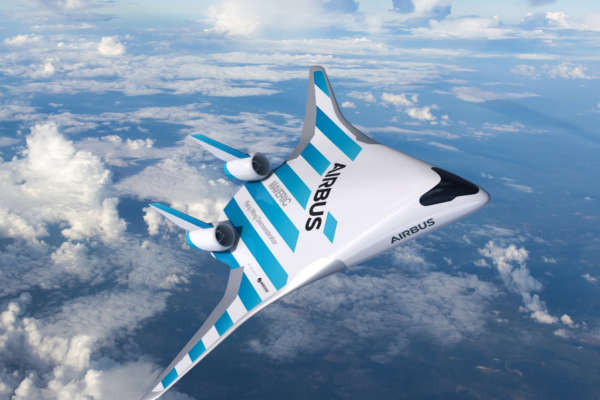 Aeroplane company Airbus have released designs for a new aircraft.

The design includes a single-aisle aircraft with larger wings than usual. It is known as the MAVERIC.

The radical design looks like something you’d expect to see in a Star Wars film.

A miniature version of the design has been flying at Singapore’s Airshow this week.

The design is said to bring fuel savings of up to 20 percent, but most people are excited by the spacious interior.

It has taken 3 years to take the concept from an idea to a small working model.