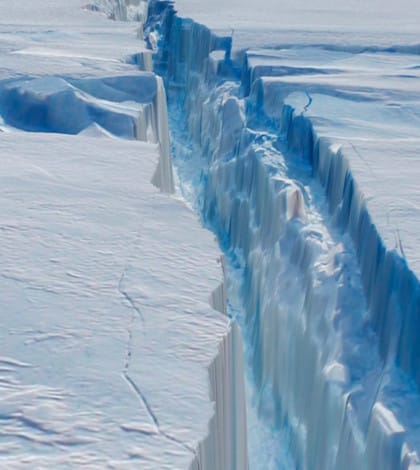 The Amery Ice Shelf in Antarctica has just created its biggest iceberg in more than 50 years.

The new iceberg covers 1636 sq km in area – bigger than the area of Auckland.

This new iceberg will be known as D28.

The scale of the iceberg means it will have to be monitored and tracked because it could in the future pose a hazard to shipping.

Amery is the third largest ice shelf in Antarctica and is a key drainage channel for the east of the continent.

Scientists predicted back in 2002 that this part of the ice shelf would come off sometime between 2010 and 2015.

Scientists also stressed that there was no link between this event and climate change.

Satellite data since the 1990s has shown that Amery is roughly in balance with its surroundings.

Man, that is one heavy iceberg….
Wow! I mean that is pretty cool and kind of dangerous…
😬😬😬

Cool That is awesome!!!