The new date for the Tokyo Olympics has been announced.

IOC president Thomas Bach has announced that the Tokyo Olympic Games will start on 23 July, 2021 and run to 8 August.

The Olympics will still be called Tokyo 2020 despite taking place in 2021.

The decision to postpone both events was taken to protect the health of the athletes and everyone involved and to support the containment of the Covid-19 virus.

Bach said: “I am confident that, working together with the Tokyo 2020 Organising Committee, the Tokyo Metropolitan Government, the Japanese Government and all our stakeholders, we can master this unprecedented challenge.

The new dates also took into consideration the rest of the global sports calendar after the men’s football European Championship was postponed to the summer of 2021.

It was the first time in the Olympic Games’ 124-year modern history that they have been delayed. However, they were cancelled altogether in 1916 because of World War One and again in 1940 and 1944 for World War Two. The series will be an animated version of Roald Dahl’s Charlie And The Chocolate Factory.

Charlie And The Chocolate Factory was published in 1964, and is one of Dahl’s most well-known books.

The story has already been made into two films – with Johnny Depp and Gene Wilder starring as Willy Wonkas.

Netflix says the two series are just the beginning so we look forward to what the future holds. Karam led for 43 of the 45 laps and beat Felix Rosenqvist by 3.6174 seconds. Will Power finished third.

The INDYCAR iRacing Challenge is a series of 6 online races. They have been developed because of the postponement of races due to coronavirus.

Karam is one of the most experienced iRacing drivers in this field. He has been working at home on his virtual races, practising on his simulator.

Future events will be held weekly, each Saturday, through to the 2nd May. The New Zealand government has increased the minimum wage.

However, some business owners have criticised the move as many are struggling with the economic impact of COVID-19. Many businesses had called for a delay in the law.

However, Prime Minister Jacinda Ardern argued against delaying the minimum wage increase. “We have to keep in mind that what we need people to keep doing is continue to spend and consume,” Ardern said. 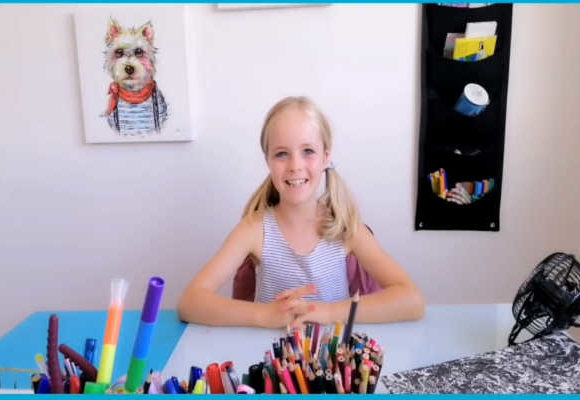 In our learning today we are going to read about Dr Ashely Bloomfield, create a poem and continue work on our fractions.

Today we are going to read Dr Ashley Bloomfield. He is the man on TV each day giving us health updates.

Today we are going to learn from NZ author Paula Green and create a poem about clouds.

Cloudsville
Maybe there is a little city
in the clouds where everyone
rollerblades to school
and swims in fluffy swimming pools,
eats cloudy floss and cloudy buns
and climbs very tall ladders to
pick cloudy plums.
When it’s cold, it’s puffy mittens
the nana in the cloud is always knitting,
and when it’s hot it’s ice-cream soda
the cloud granddad is fizzing and floating.
from The Letterbox Cat

Your challenge today is to make a cloud poem. So go outside and look at the clouds, collect some words and then develop them into cool sentences. Share your poem with us in the comments section.