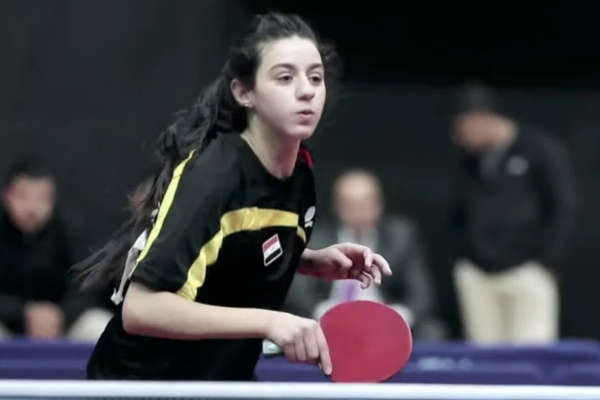 An 11-year-old Syrian table tennis player has qualified to go to the 2020 Tokyo Olympic Games.

Zaza is set to become one of the youngest Olympians in history if she takes part.

According to the International Table Tennis Federation website, Zaza was born on January 1, 2009, and is ranked 155th in the world.

She’ll become the fifth-youngest known Olympian in history and the youngest since Romanian figure skater Beatrice Hustiu in 1968.

The youngest documented Olympic competitor was Greek gymnast Dimitrios Loundras at the first modern Games in Athens, 1896. At 10 years 218 days he remains the youngest medalist in Olympic history.

As well as one of the youngest Olympians ever, Zaza will become the first male or female table tennis player to represent Syria at the Olympics.

I wonder if she’ll go and win

i cant believe shes only doing it at the age of 11! when i saw it i was amazed. its so cool for her to do this but i hope the tournament goes on for her. ill be cheering for her i know

Is she really only 11